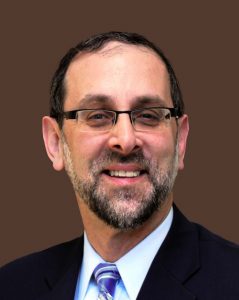 After receiving his MBA from Wharton Business School, Yosi became marketing manager on Jell-O at Kraft General Foods. Since then, he has built a highly successful track record in EVP, CMO and GM positions across multiple industries in the US and Europe. He spent over 13 years at Kraft and Dannon where he invented the $900 million dollar kid yogurt category and launched the most successful new kid cereal of the decade, Post Marshmallow Alpha Bits.

Over the past 15 years, Yosi has accumulated profit achievements driving hundreds of millions of dollars in traditional marketing revenues, as well as new digital, mobile, social, content, and web related revenue streams. Before founding OHP in 2006, he spent four years as CMO of Barry Diller’s IAC/InterActiveCorp’s Entertainment Division where he worked closely with digital giants Expedia, Ticketmaster, Match.com, and Lending Tree.

Yosi has also advised dozens of companies and start-ups around the world as a Board Member of the Wharton Global Marketing Practicum for the past 20 years.

His rare combination of senior “C-Level” classical marketing/management expertise, coupled with solid digital “street smarts” has made him a highly sought after speaker at major conferences, in-house executive training seminars, and universities, including Harvard, Columbia, Yale and Wharton Business Schools, The DMA, ad:tech, and Conference Board…from London to Buenos Aires to San Francisco. His work has been featured in diverse publications such as The New York Times, USA Today, DM News, CNBC, and Advertising Age.